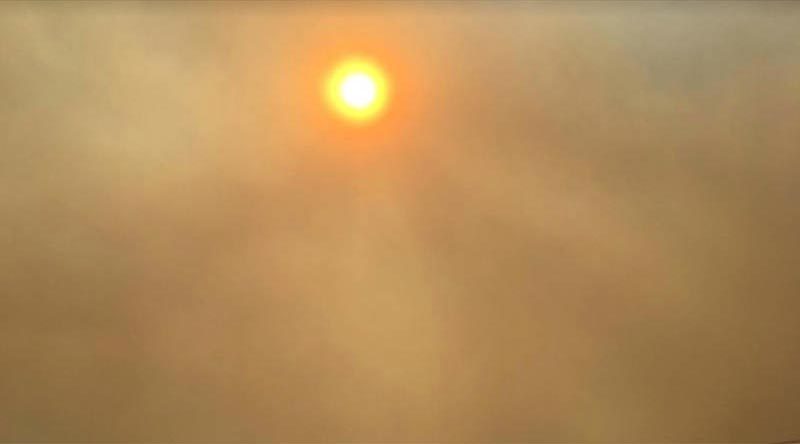 Though crews have the LA County wildfires mostly contained, Northridge residents are advised to take precautions for the smoke.

Although firefighters are getting the upper hand on the wildfires burning in the Southland, unhealthy air was expected to continue Monday afternoon due to smoke rising from the blazes.

The county Department of Public Health issued a smoke advisory, warning that poor air quality is likely in portions of the east and west San Fernando Valley, and northwestern and southwestern coastal areas.

Throughout the county, sensitive individuals should stay indoors as much as possible — even in areas where smoke, soot, or ash cannot be seen or there is no odor of smoke, Gunzenhauser said.

Health officials also advised schools in smoke-impacted areas to suspend outdoor activities. About 265 Los Angeles Unified School District campuses that had been closed last week due to the fires were reopened Monday.

People can participate in indoor sports or other strenuous activity in areas with visible smoke, soot or ash, provided the indoor location has air conditioning that does not draw air from the outside and has closed windows and doors, Gunzenhauser said.

“If you see or smell smoke, or see a lot of particles and ash in the air, avoid unnecessary outdoor activity to limit your exposure to harmful air,” Gunzenhauser said.

If outdoor air is bad, residents should try to keep indoor air as clean as possible by keeping windows and doors closed. Air conditioners that re- circulate air within the home can help filter out harmful particles, health officials said. People were urged to avoid using air conditioning units that only draw in air from the outside or that do not have a re-circulating option. And residents were advised to check the filters on their air conditioners and replace them regularly.

Residents in affected areas should also keep their pets inside.