This week, I spoke during the Department of Conservation, Division of Oil, Gas, and Geothermal Resources (DOGGR) Public Meeting on the Aliso Canyon Storage Facility.

The Aliso Canyon Gas Leak was the largest in US history. With over 15,000 residents relocated, 2 schools closed, Holleigh Bernson park closed due to oily residue, dozens of local businesses affected, thousands of homes professionally cleaned from oily residue, and thousands of complaints of bloody noses, headaches, rashes and nausea the Porter Ranch, Chatsworth, Northridge, Granada Hills and West Hills communities were directly impacted by this disaster.

Currently, SoCalGas has been allowed to draw down, despite the fact that after a year, the root cause of the blow out is still unknown. I cannot fathom how any responsible regulatory entity could allow this facility to resume its functions without knowing if they were again putting the host community at risk with their lack of knowledge and understanding of the root cause of this failure.

I implore DOGGR to do right by this community and not allow draw down or reinjection until it can be known if it’s even possible for this facility to operate safely. 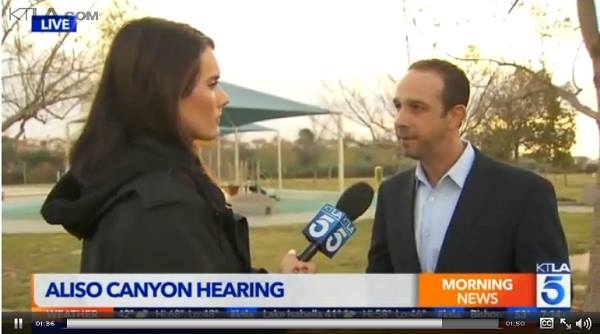